These short stories are available as stand-alone ebooks.

Another Pair of Hands

Daniel has a little fixer-upper house to go with the new-life-in-progress he’s building after a car accident derailed his old one. Sure, he’s never even changed a washer before. Sure, he’s teaching himself home repair from books and YouTube. Sure, the proprietor of the nearby architectural salvage place is out of his league in more ways than he can count on one hand. None of that matters, because Daniel doesn’t need help. He’s doing fine. (It’s fine. He’s FINE.)

But as Daniel paints kitchen cabinets and plasters the cracks in the walls and hangs a holiday wreath in his draughty front window, he gradually realizes that even if he doesn’t need help, he’s ready to aim for better than fine.

Run For Your Life

Bored with himself, his life, and everything in his imaginable future, Reed dared himself to appear on a haunted house reality show. The kitchen was a slaughterhouse. He had to stick his hand in a goat’s skull filled with maggots. He nearly pissed himself with fright on national TV.

He said he wanted to change his life. Now, in the days after his experience, it seems that his wish might be coming true–but not quite in the way he’d anticipated.

Run For Your Life: A story about finding yourself with the help of someone you’ve never met.

An Unexpected Stay in Highbridge Town

A short story about probability, friendship, magic, sex, and tea.

Dian wandered over to Ros’s caravan to see what he was up to, which turned out to be darning one of the fighting girls’ long red stockings with yellow yarn.
She asked, “Does it feel to you as though something…odd is going on?”
Ros snipped the yarn and turned the stocking right-side out. “I assume you’re referring to the fact that everyone in this camp has gone out of their ever-loving minds?”

A Beginner’s Guide to Stealing Home 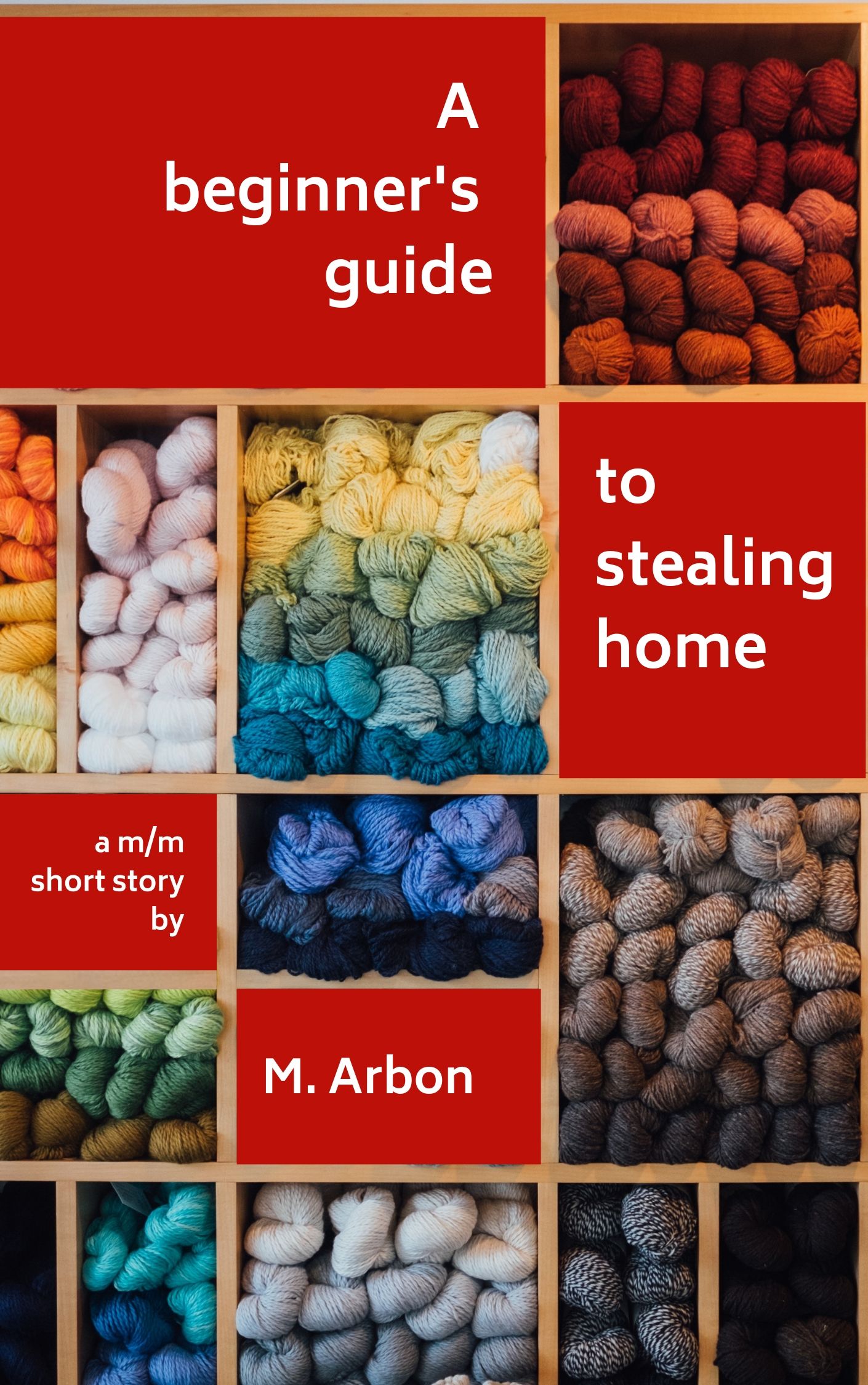 “So, you quit the call centre and didn’t tell anybody about it?” Colin asked.
Arthur counted the stitches on his knitting needle. When he finished, Colin was still looking at him.
“I got laid off,” Arthur said.
“And didn’t tell anybody about it,” Colin finished.
“I got another job,” Arthur said defensively.
“Call centre drone to knitting guy. Man, that is hardcore,” Colin said in admiration.

I Am the One Who Has You Now

“I love him,” Cai argued. “Just, lately things have been…”
“What?”
Cai put his bottle on the floor and pushed himself up on one knee. “It’s nothing.”
Maryanne wrapped her hand around his arm. “I’m pretty sure you don’t think it’s nothing.”
He sagged back to the floor. “It’s just that lately, he’s been…”
“Distant? Cold? Acting suspicious?”
Cai sighed. “He’s been really irritating.”

Struggling with the long-term part of long-term relationship, Cai attends a party where he evades his partner, bitches to his best friend, makes the same resolution for the dozenth time, and has an intimate encounter with someone who may or may not be a mysterious stranger.

Contents include: LTR ennui, Christmas lights, and the best holiday party you’ve ever been to.

A Chain of Beads

In the middle of the hall there’s this kid standing. In one hand he’s got a knife—the kind all the students keep to sharpen their nibs and carve their names wherever it’s the most pain in the ass to sand them out—but that’s not what’s got everybody frozen, because in his other hand the poor mad kid is holding all his beads.

Goodman Stone fled tragedy at home to build a new life doing odd jobs at a school in Frael. When one of the students does something unthinkable, Stone comes to his aid. He is helped by schoolmaster Caerel, and as the relationship between the two men deepens, Stone contemplates a decision that will once again reshape the life he’s strung together. 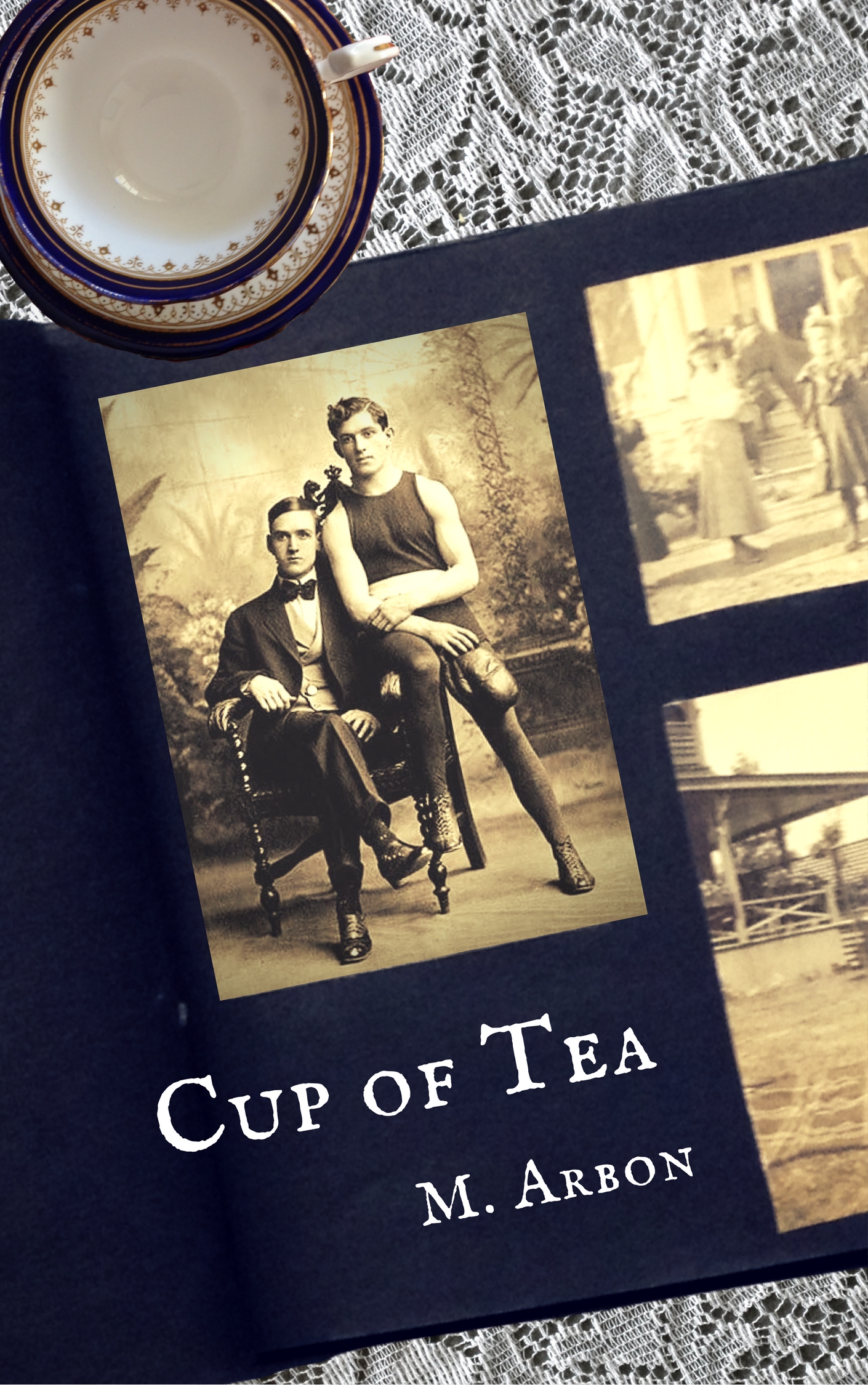 The collection of Victorian photographs that Russell Evers is offering sounds like a major find. Arriving at his house to assess the donation, Allan del Mar finds a cozy welcome, an unexpected rapport—and, among the solemn couples and amateur theatricals, some very interesting subject matter.

“Did you just hack me?” Cam asked.

“Hmm. Thought so.” His expression was mild. “Successfully, too. It’s been a long time since that’s happened.”

Introverted Lewis needs to increase his Social score for a shot at his dream job with his favorite serialized space opera. So he hires human-machine hybrid Cam to pose his boyfriend. But Lewis isn’t interested in a real relationship, and he takes steps to ensure that the liaison remains purely for show.

Cam dates people for a living. He enjoys his job, and he’s good at it. He’s not allowed to touch Lewis. But there’s nothing that prevents him from talking…

Contents include: space opera fandom, sexy talk, and a fake boyfriend who isn’t going to take this sort of thing lying down. So to speak.